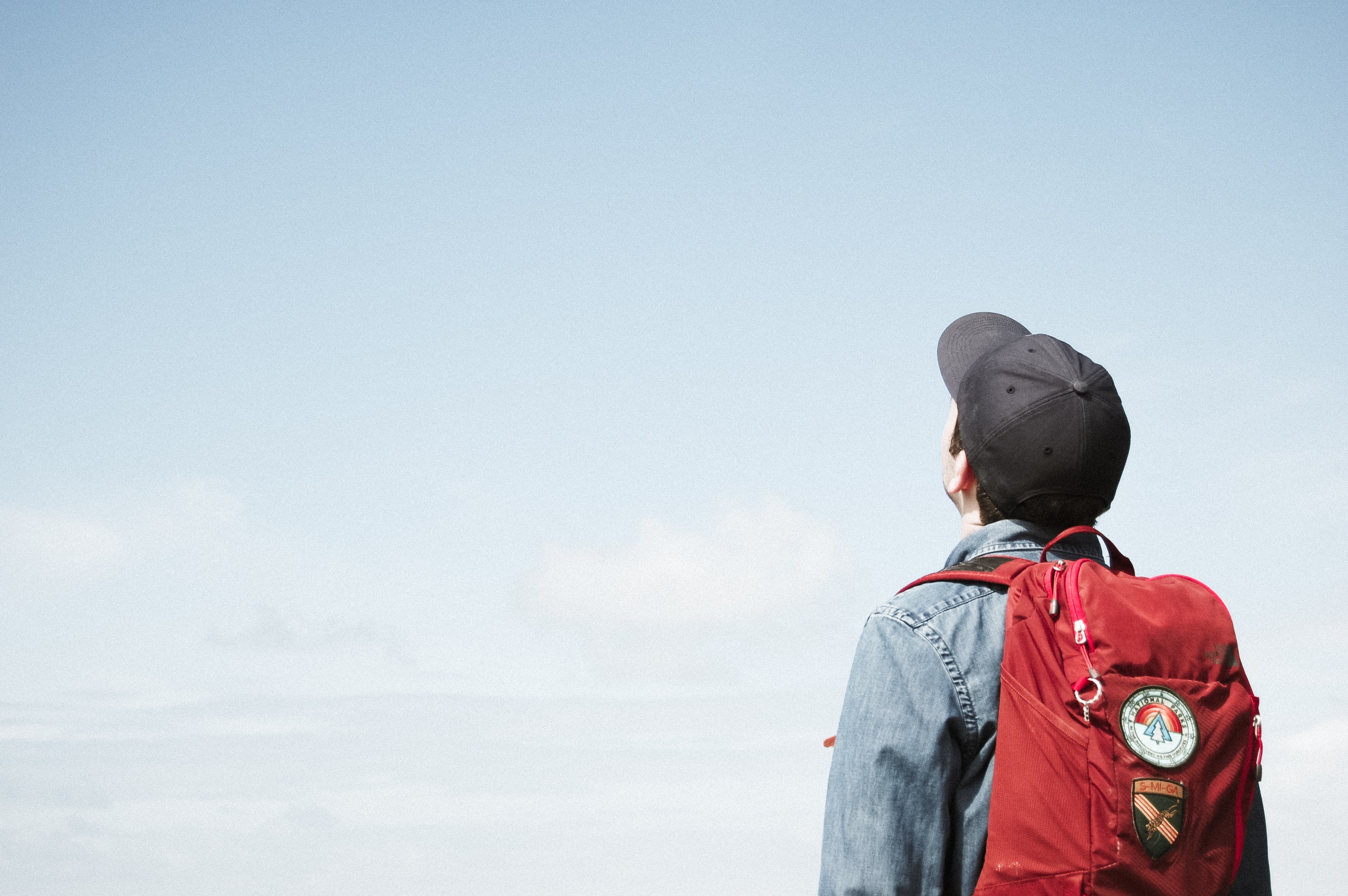 Can critical thinking be learned? This question stands at the core of most of the world’s educational systems with significant and obvious implications for the business world. In fact, many would argue that critical thinking is the primary aim of formal education. Despite its centrality to the objective of formal education, educational institutions – even the best ones – struggle to help students develop it. A Wall Street Journal analysis of student critical thinking assessments taken at the start and then end of a four-year postsecondary experience found that students in many colleges make little progress on this dimension.

Can Critical Thinking Be Learned?

The challenge of teaching critical thinking has likely led to the debate over whether it can be taught at all, which has waged on for the last 80 years. In 1983, the A Nation At Risk report caused the country to temporarily table this debate in favor of hopeful thinking. The report found that 17-year-olds did not possess the “higher-order intellectual skills” needed to do even the simplest critical thinking tasks like draw inferences from written material and compose a persuasive essay. The nation rallied to fill this critical gap, producing hundreds of programs and curricula.

But as these programs proliferated the American educational system without having much impact on youth’s critical thinking abilities, the debate was re-opened. Daniel Willingham, a professor of cognitive psychology at the University of Virginia and author of Cognition: The Thinking Animal, summarizes this skepticism:

After more than 20 years of lamentation, exhortation, and little improvement, maybe it’s time to ask a fundamental question: Can critical thinking actually be taught? Decades of cognitive research point to a disappointing answer: not really. People who have sought to teach critical thinking have assumed that it is a skill, like riding a bicycle, and that, like other skills, once you learn it, you can apply it in any situation. Research from cognitive science shows that thinking is not that sort of skill.

Willingham’s synthesis paints a dire picture, but, fortunately, it is not the full story. A review of 341 studies on the teachability of critical thinking was published in the Review of Educational Research in 2015, concluding:

Results demonstrate that there are effective strategies for teaching critical thinking skills, both generic and content specific, and critical thinking dispositions, at all educational levels and across all disciplinary areas.

How do we reconcile these differences? We must, ourselves, apply the skills of critical thinking. In doing so, we find, as one does in many circumstances, that there is truth in both of these statements. Critical thinking can be learned, but it is quite difficult. Critical thinking is learned through a specific process of self-improvement called deliberate practice and it can take a long time to master it.

Most efforts fail because of a transferability problem. While everyone defines critical thinking differently, a common thread is that critical thinking is a generic skill that can be applied across an unlimited number of different topic areas and disciplines. Our simple definition – providing a robust answer to a question – carries this same connotation: learn how to think critically and you’ll be able to apply it to any question you face.

The problem is that when students and adults are taught generic critical thinking skills they often fail to apply them in scenarios that differ from the ones they were introduced to in the training. For example, though students participating in one experiment were shown how to solve a math word problem involving vegetables in a garden, only 19% successfully applied the methodology used in the garden problem to solve a problem involving a marching band requiring the same methodology. They couldn’t see that the skill they had just learned was also applicable in the second scenario.

The problem of transferability has caused some to conclude that critical thinking can only be taught and learned in the context of deep immersion in a specific content area. Those who believe this would say that chemical engineers, for example, must learn critical thinking strategies specific to chemical engineering and that the mastery of those skills would be of limited use in different disciplines, such as marketing.

Though some studies have demonstrated this challenge, the problem of transferability cannot be insurmountable. In fact, the whole premise of organized education is built on the idea that what you learn in school you’ll be able to apply in other contexts outside of school and long after your school days are over. Most critical thinking trainings fail because of the problem of transferability, but this can be overcome – as we’ll describe in the next section.

Unlike mastering algebra, which requires breaking it down into specific skills and then mastering each, becoming an exceptional critical thinker requires a more holistic approach. Diane Halpern, a former university dean, former head of the American Psychological Association, and creator of one of the most scientifically validated critical thinking assessments, asserts that critical thinking training requires four components:

This is the most obvious component of critical thinking training. The specific skills will vary depending on who you ask. We describe four primary skills with 16 sub-skills. Halpern offers five: verbal reasoning, argument analysis, hypothesis testing, likelihood and uncertainty, and decision-making and problem-solving. Given the breadth of critical thinking, you’ll likely want to start with one to two skills and work up from there. We designed the Critical Thinking Roadmap to help you determine where your skills are now and where you’ll want to go next.

Your critical thinking disposition is the attitude you take toward the information you consume and the decisions you must make. You can be a master of critical thinking skills, but if you lack the corresponding disposition, you won’t make use of those skills. Edward Glaser, who could be considered a father of critical thinking, found in his research that disposition is the easiest of these four components to learn and change. Glaser describes this attitude as being “disposed to consider in a thoughtful way the problems and subjects that come within the range of one’s experience.” Clyde Herreid, a professor of biological sciences at the University of Buffalo, describes this disposition this way: “If I had to choose one general characteristic that cuts across smart people it would be skepticism—the ability to ask oneself and others if the conclusions and data are correct.”

Halpern puts forth five attitudes that make up the disposition of the best critical thinkers and compliment the two former, simpler descriptions:

You can develop these attitudes by conducting thought experiments around what it looks like to exhibit these attitudes in specific contexts. By translating this disposition into a set of behaviors, you’ll know when you are demonstrating these attitudes and when you need to make adjustments.

People struggle to transfer a critical thinking skill they’ve mastered in one context to a different context because they don’t recognize the underlying similarities between the two contexts. In other words, what looks different to them has fundamental similarities. Researchers call this tendency recognizing “surface structure” instead of the “deep structure” of a problem or scenario. By learning the common deep structures you may encounter and the cues that will signal to you that a certain context belongs to a certain deep structure, you can determine in real-time which learned skills (part 1) you should apply in the context at hand.

To wrap your head around the structural aspects of problems, start by understanding the most common structures – or to use another term, mental models – you’re likely to see in your line of work. Extensive exposure to a long list of common mental models is what enables consultants to add value without knowing as much about their clients’ companies as the clients themselves. Consultants have seen the same problems over and over again across many clients so that when they begin working with a new client, they quickly recognize what type of problem is at hand and as a result, can leverage the appropriate lessons from past experiences.

How do you identify the mental models in your industry? The more examples you review, the more quickly you’ll notice the mental models at play. This is why spontaneous noticing (accurately identifying the structure at hand) often comes with time. You can try to short-cycle this process by finding a way to observe the experiences of others (e.g., reading case studies, interviewing experts) rather than relying solely on your own experiences. It can also help to build a mental menu of common generic mental models. Shane Parrish, former Canadian intelligence officer and writer of the widely read Farnam Street blog, has compiled a broad list of mental models in his blog and books series.

Halpern recommends asking yourself these questions to build metacognition skills:

Together these four components make up an evidence-based way to learn critical thinking skills. However, how you attempt to learn these skills will also influence your success.

Learning Formats that Build These Skills

Researchers have reviewed four different methods of learning the four modules of critical thinking mentioned above:

The review of 341 studies mentioned earlier found that dialogue and authentic instruction each produced significant results independently. Dialogue worked well when a teacher or facilitator posed questions to a group. However, students achieved the largest gains in critical thinking when exposed to a combination of dialogue, authentic instruction, and mentoring.

Authentic instruction should involve the use of “ill-structured problems” (i.e., those that don’t have a definitive right or wrong answer) and be rich in information. When working with these ill-structured problems, it’s important that you give yourself and others time to think, and after initial thoughts are shared, time to reflect on your thinking and improve it. One specific way to do this is to use the “interrupted case method,” in which a facilitator shares a real problem, then asks you or your group to come up with a solution, and then shares additional information about the problem and asks you to come up with another solution. The key is to start with a focused question.

Critical thinking skills can be learned. It won’t be easy because they are higher-order thinking skills that rank among the most demanded by employers in 2020. Avoid taking an overly simplistic route to mastering critical thinking, like reading a book on decision-making or logic, and build all four components into your training plan using the learning formats just mentioned – or join our Critical Thinking Mastermind, which is designed around these findings.